The PUR powder portion of about 2,240 tonnes is recovered from insulating materials during the process of demanufacturing refrigerators and freezers.

Most refrigerators and freezers that currently need to be disposed of contain CFC-based refrigerants (in the cooling circuit) and propellants (in the insulating foam).

However, the danger associated with hydrocarbons halogenated with chlorine and bromine (CFCs are halons), first identified in the 1980s, is that they have a major destructive effect on the ozone layer, which absorbs dangerous UV radiation from sunlight in the stratosphere, and also contribute to the greenhouse effect. As a result, their use in new appliances has been banned in Austria since 1995 under the CFC/Halon Prohibition Order.

The CFC compounds were replaced by HC compounds (mainly cyclopentane). These HC compounds are heavily involved in ozone formation in the lower air layers (troposphere), and thus contribute to ozone pollution. Ozone penetrates into the lungs as an irritant gas and can cause inflammation. Cyclopentane vaporizes at 20 °C and may cause poisoning if inhaled. In addition, when cyclopentane exits, there is a risk of ignition and explosion.

The second step in processing refrigerators and freezers is therefore to recover the CFCs or hydrocarbons (HCs) from the insulating foam. In insulating foam (polyurethane foam, PUR foam), CFCs or HCs are contained in the pores of the foam.

The PUR foam is separated from the housing under vacuum conditions, then ground into a powder (pore degassing), which releases the CFCs and HCs from the pore structure of the foam. The next step is matrix degassing. In matrix degassing, the CFCs or HCs bound in the foam matrix are released by gradual warming and stirring of the powder.

The CFCs and HCs released during pore and matrix degassing are extracted with the process air, separated, and “cracked” in a hightemperature furnace, i.e. broken down into hydrofluoric and hydrochloric acids, thereby rendering them harmless. 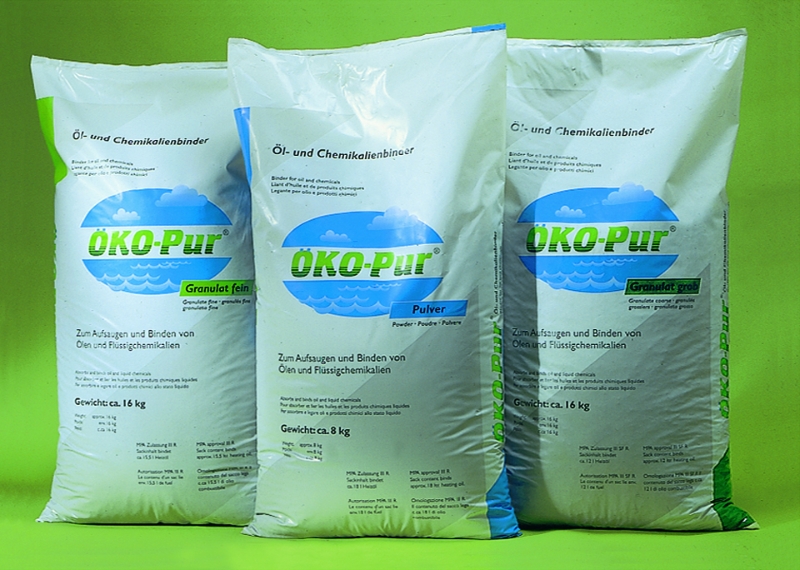 In the system operated by UFH GmbH, this separation takes place by means of a cryocondensation process (see www.ufhrecycling.at). In a cryocondensation process, a gas is purified by allowing it to flow into a heat exchanger, where it is brought into indirect contact with a cryogenic coolant. In the system of the AVE GmbH, the separation takes place via an activated carbon filter (see www.seg-online.de). What remains is a CFC and HC free PUR powder, the z. B can be used as a chemical and oil binder or for the production of adhesives (see www.seg-online.de/index.php/de/produkte/oeko-pur).

The second step of the refrigeration and freezer treatment is currently handled mostly by recycling facilities operated by UFH RE-cycling GmbH in Kematen (see www.ufhrecycling.at) and the Energie AG Upper Austria Service GmbH in Timelkam with a system according to the SEG system (see www.seg-online.de).